Earlier in 2021, the Twitter CEO, Jack Dorsey, has sold his first tweet for approximately 2.9 million dollars. Now, it’s a lot of money for a tweet, but that is not the main question here. The real question here is how someone sells digital content using NFT.

Well, the answer is using NFT or the non-fungible token. This token lets you convert any asset, including tweets, GIFs, or JPEGs online, to digital assets. And it has been the rage for the last couple of months.

People from all sections, including designing, arts, and even sports, have shown interest in NFTs. And in this article, we will look at all the latest updates in this section. It will also introduce you to NFT and help you decide whether it’s a good investment for you or not. 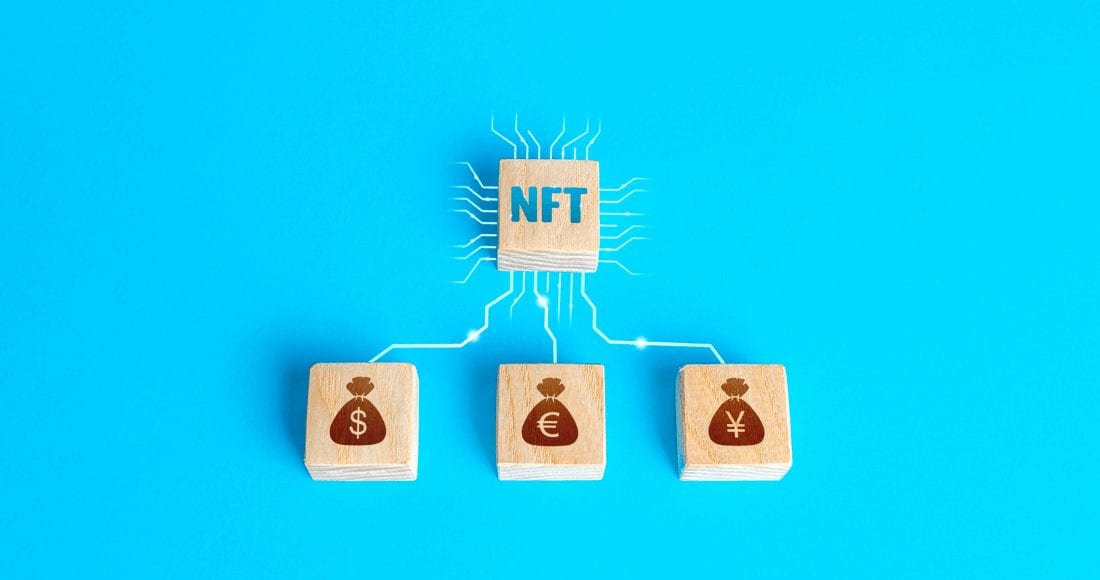 NFT or the non-fungible token, as the name suggests, are non-replaceable types of tokens.

NFTs are built using same principles as crypto currencies, however “digital assets” would be a better name. The major difference from “fungible” tokens, or digital currencies here is that every token is unique and represents a digital asset, often a piece of art or a collection of multimedia files. Let’s understand it with an example.

Imagine that you have an NBA card from the 90s, and it shows a particular player. Now, this card is unique and holds a particular value. There can be more like it, but their value will never be the same. Some will be more intact, some will have minor damage, and while a lot of them can be one at a time.

Thus, it will have a price when you tokenize this card, but you cannot expect to exchange it for another of the same type. This is the whole concept of NFT- creating tokens with unique market value. Another good example will be the tweet talked about earlier in the article.

There are many tweets on the internet, but this one is unique, thus valuable. You cannot expect to exchange it for another tweet, even if it’s from Jack Dorsey. And, it may not seem like much at first, but the token has an enormous market. People from every field, including sports, property dealing, cinemas, and even gaming, are investing in NFTs.

The NFT market is expanding rapidly this year. Its market has increased to nearly 2.5 billion in the first half of the year. And a great deal of this investment is coming from emerging startups built on NFT and sports. Let’s have a look at the NFT’s achievements and the latest development in the field.

Remember the Talking Tom app that took the world by storm a few years back. The cryptokitties application takes this app a step further by including a custom kitten feature. You can use this app to buy a digital kitten, its food, and every other thing that a kitty needs. And the platform uses ERC721 tokenization for buying and selling of these kittens and products. You can use this standard to turn your kitten into a non-fungible asset.

In simpler words, even though the kittens are on the same platform, they will never have the same value. It will depend on your desire. And it may shock you, but people are ready to pay high prices for these NFTs.

One of the most expensive cats sold on cryptokitties was named Genesis. It achieved a value of $114,481.59, which is way more than most real-world kittens.

Kittens aren’t the only thing that you can buy, sell or convert into NFTs. The tokenization is also applicable for images, JPEGs, and small-scale artworks. Cryptopunk does precisely this. The ERC 721 standard gallery offers users more than 10,000 different types of digital pixel characters.

These 24* 24-pixel characters started as a free-to-claim type character for all the internet users, but soon became a sensation. People claimed them in no time and then started tokenizing them for further sales. You will find the character with three types of backgrounds in the gallery.

There is the red background, the blue background, and finally, the purple background characters. Red suggests that the artwork owners want to sell, while blue and purple are not on sales and active bid artwork.

While NFT may still be a controversial topic for some businesses, NBA has welcomed it. The basketball association is tokenizing the top shots of the games and selling them as digital assets. They are using both ERC 721 and ERC 1155 standards to sell these top shots. It means you can buy them as a single piece or in batches.

There’s a whole website that you can refer to for quick purchases. It’s also helpful to find the latest updates and resale value of the top shot. You also get to choose between common, rare, and legendary tiers.

Rumors say that NBA tickets, jerseys, and other such stuff can also get tokenized in coming times. It will remove the aerial boundary, enabling every fan an equal chance to acquire a collectible. Not to mention open great investment opportunities.

Basketball isn’t the only sport that’s exploring NFT in 2021. Several football organizations are also looking forward to using this new tokenization standard. You can use sites like Sorare.com to check out the available collectibles for you. They have all sorts of common as well as rare cards that you can tokenize.

This gaming platform allows users to buy these collectibles and use them for gaming. And so far, it has witnessed a great hike. The platform has sold a total of 1373 NFTs and witnessed a hike of more than 200% in a single day. It recently sold a rare Oliver Giroud at $23,100 or 8.89 ETH. And that is not just the highest bid of the day.

And the fantasy football game platform is further planning to expand its global reach to help this cause. It plans to sign deals with more than just the French football federation for the coming football games. It may start covering all the major and minor football events in the coming time. Thus, it’s going to deal with a lot of NFT.

Small clips as NFT is common, but a full-length movie is not. By far, no actor, producer, or director has converted a whole movie into an NFT. However, Sir Anthony Hopkins’ new movie Zero Contact may change this scenario.

This movie will premiere on a global distributive platform, Vulene as a non-fungible token. The movie’s producer says that tokenization will create a scarcity in the copies of movies, which may prevent piracy. And since the copies are going to be non-fungible, they will be limited editions.

This tokenization will also exclude label partners and distributors. Anyone with access to the internet can buy it using cryptocurrency or a credit card.

Overall, the authenticity of this movie token will always remain intact, which is a great deal for fans. Plus, its value will keep on changing with every bid, so there’s always the possibility of profits.

The popular tattoo artists Mark Machado and Brain Woo believe that tattoos should not get restricted to one person. They said that every tattoo once inked lives and dies with its users. Moreover, the artist always gets paid for the hours they spend on inking and not the time spent on the idea or pattern creation.

They, along with some other artists, plan to change the scenarios. These artists plan to open an online gallery of tattoos for internet users. Anyone buying these tokenized tattoos will have rights to the design. And every time someone buys the artwork, its artist will get a royalty. Thus, they will get paid for the idea and the effort behind it and not just the hour spent on making it.

The best part, these tattoo designs will not die with the artist or bearer. They will have rights to it and can pass it on to their kids or anyone they wish.

And these celebrity tattoo artists aren’t the only ones to see potential in NFT. Another artist from Portland, Brad Wooten, is also using NFT to add value to his art. The artist uses the ERC 721 standard to tokenize and sell photos of digital tattoos.

NFT has been around for quite some time, but its massive popularity is very recent. And while some people understand this new trend, others still believe it to be a cryptocurrency. The tokens work with blockchain technology and are digital, but the similarities between cryptocurrency and NFT end there.

They are different in terms of functionality, working, and approach. For starters, NFT is a non-fungible currency. It means no two NFT will have the same value, even if they are of the same type. Above all, NFT doesn’t have limitations on the assets you can use. Anything from a house to a playing card is up for tokenization. In short, it’s a must-consider the market and definitely a profitable option.