Let me just leave this 20-sec video here for the introduction.

Steven Ballmer, former CEO and Chairman at Microsoft clearly got excited about developers, and not just on this occasion.  One can understand as software business is about developers. Software engineers or developers are the builders of digital world. With the propagation of open-source, object oriented programming, libraries, frameworks, SDKs and APIs, open repositories such as Github and Gitlab, the pace of progress in IT keeps accelerating. With the right focus a single software developer can make wonders and complete what would have been a work of multiple man-years in just few days by forking some existing open-source project and adding few added value functionalities on top, creating a new product. This is what fuels the fast growth of digital economy.

However we need the developers themselves. We need a lot of them. We need more developers! Especially within blockchain ecosystem where there is a deficit of skilled labour. This is why Dappros is committed to invest into ecosystem meaning popularization of blockchain technology, training of developers, building products that help implement solutions faster and so on. As part of this commitment we are going to publish analytics, career path roadmaps, skills matrixes and keep contributing to the ecosystem of decentralized software engineering.

We have started by taking an analytical view and trying to understand what is the situation with blockchain developers globally. Find below the results of our research on the countries with most blockchain developers available, according to information from open sources such as Linkedin. Please note data includes some approximations as we had to account for overlaps between terms such as Blockchain, Ethereum, Solidity, estimate technical vs non-technical roles in cases where it’s not clearly specified and obviously relying on social network data means we only have access to profiles that are available there. We believe however this analytics is helpful in understanding the trends and we will keep working on collecting more data and refining the analytics here. Your input is welcome, please leave your comments in the section below this post.

Clearly in absolute numbers US and India are the leaders, followed notably by United Kingdom, Canada, France and Germany. Full table below.

Visualized on a world ‘heatmap’ this looks as following: 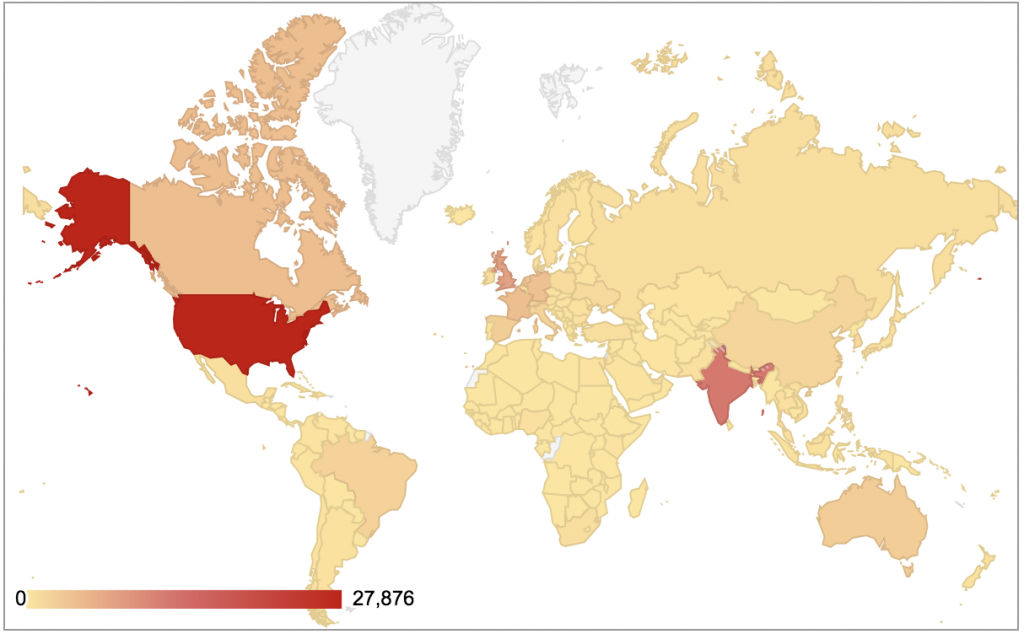 Following the above research which provides absolute numbers we wanted to look into what relatives numbers are going to look like. Specifically, what would be the ratio of blockchain developers to country population. This has rendered some interesting results, below:

Table below provides understanding of how each country is saturated by blockchain developers in proportion to its overall population size.

Now this is more interesting and provides some food for thought. Both offshore / low tax locations (probably due to ICOs) and traditional blockchain centres such as Malta, Luxembourg, Singapore, Switzerland, Netherlands and Cyprus are mixed here. I’m slightly surprised to see Slovenia as N7-8 in the list, but having met some really great blockchain developers and analysts from there I know there are a quite a few blockchain focused businesses in Slovenia. 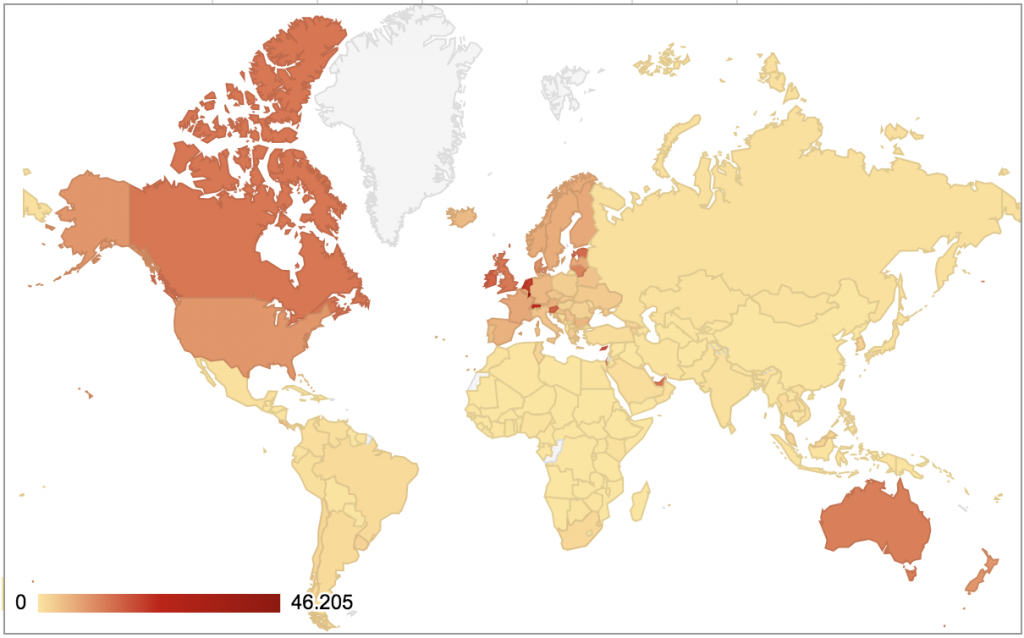 Zooming into Europe, Malta, Switzerland, Netherlands, Luxembourg, Cyprus, Ireland, Slovenia and Estonia are ahead in terms of blockchain developers saturation, followed by Lithuania and United Kingdom.

Zooming into Asia, Singapore is far ahead, followed by Cyprus, UAE and Israel. Countries like Bahrain and Qatar also have sizeable presence having around 3 blockchain developers per 100,000 of population. 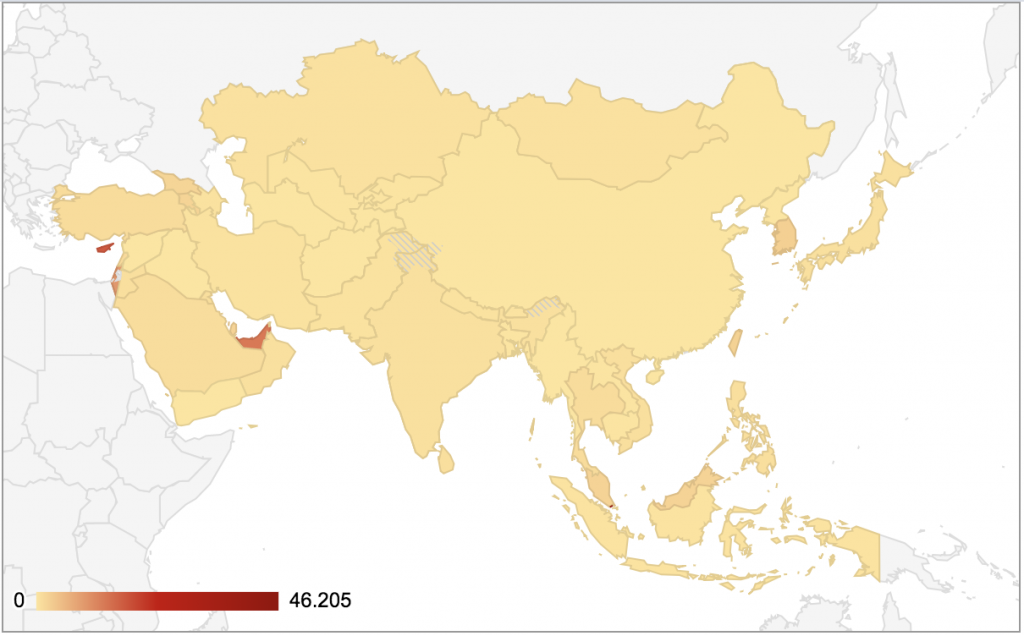 We hope you find this information useful. Definitely it helps us in our planning of our developer outreach and ecosystem activities. We are committed to work globally on educating more decentralized technology developers and growing the blockchain ecosystem.

Dappros plans to keep monitoring the statistics on blockchain developers worldwide. Stay tuned for updates, it will be interesting to see how figures develop over time.